District 97 is undoubtedly the most musically adventurous rock band in the world to feature an American Idol Top 10 Female Finalist. Formed in the Fall of 2006 by drummer/primary composer Jonathan Schang, keyboardist Rob Clearfield, bassist Patrick Mulcahy and guitarist Sam Krahn, the band drew upon influences from heavy metal to avant-garde jazz. The foursome from Chicago honed a no-holds barred style of eclectic and intricate Instrumental Rock before deciding the right vocalist was needed to complement their sound: enter 2007 American Idol Top 10 Female Finalist, Leslie Hunt. With a look, sound, and stage presence comparable to a young Ann Wilson from Heart, Leslie's dynamic performances pushed the band into a new direction that forged a unique marriage between accessible, catchy vocal melodies and an adventurous instrumental prowess. She was followed shortly thereafter by one of Chicago's finest guitarists, Jim Tashjian. With this new blend of charisma and stellar musicianship in place, their live shows over the past several years at festivals such as RoSfest, Prog Dreams II and V, and numerous appearances across the USA, UK and Europe cemented the band as a force to be reckoned with onstage as well as in the recording studio.

Hybrid Child, the band’s 2010 debut on record label Laser’s Edge, immediately made a big impression worldwide. The album garnered praise such as “District 97 is a wildly ambitious progressive-rock group whose youth belies its accomplishments onstage and on its new Hybrid Child CD” (Jim Derogatis of NPR's "Sound Opinions" and Rolling Stone Magazine). The release of 2012's critically-acclaimed followup Trouble With Machines proved the band was the real deal. They had attracted the attention of legendary bassist and vocalist John Wetton (King Crimson/UK/Asia), who sang the role of Chicago serial killer H.H. Holmes on Schang’s “The Perfect Young Man.” With the collaboration heralded as a “tour de force” (dprp.net), the band and Wetton joined forces in 2013 for tours of both Europe and the US, later documented on 2014's live release, One More Red Night: Live in Chicago. 2013 also saw the band nominated for a Breakthrough Artist Award by Prog Magazine. Rather than rest on their laurels, District 97 took to the studio in 2014 to record the new material they'd been honing at home and on the road. The resulting album, In Vaults (released June 2015), continued and accelerated the upward trajectory of great songwriting and incredible musicianship that had become their hallmark.

In August 2015, Rob Clearfield and Patrick Mulcahy left the group and were succeeded by Andrew Lawrence and TIm Seisser, respectively. The new lineup debuted in highly successful tours across Europe and North America in 2016 and 2017, with highlights including joining the trailblazing prog rock band Yes on their Cruise To The Edge and supporting Pain of Salvation on the In The Passing Light Of Day North American tour. In 2016. District 97 launched the Inside The Vault Club via their website, a monthly subscription series featuring exclusive audio and video downloads, as well as physical releases, the first of which being their stunning Live At De Boerderij DVD. They joined the Dave Kerzner Band for the joint STATIC VAULTS US tour in Fall 2017, and ended the year with a pair of shows with the NYC-based Consider The Source.

2018 saw the band complete a much-lauded North American 10th Anniversary Tour, as well as completing tracking for Screens, their highly-anticipated fourth studio album, and first with the new lineup. Released October 2019 through the UK's venerable record label Cherry Red, the band featured music from it to great acclaim on Cruise To The Edge, as well as Marillion Montreal Weekend, Seaprog, Summer's End, and other dates throughout North America, UK, and Europe. One listen perfectly illustrates why iconic drummer Bill Bruford (Yes/King Crimson/Genesis) told Rolling Stone Magazine (10/29/19), "There’s a great band out of Chicago called District 97, who are very good, and they’re here in the U.K. right now. And you know, it’s the next generation of so-called progressive guys who played much better than we ever played." Mike Portnoy (drummer extraordinaire of Dream Theater/Transatlantic/Liquid Tension Experiment) adds "District 97 continue to prove to be one of the most unique bands in modern Prog!"

The covid-19 pandemic has not stopped the band from innovating. Their Virtual Screening Tour and stunning Ghost Girl animated short film have kept them at the top of the current prog rock heap. The sprawling double-disc live album Screenplay  (released via Cherry Red on 3/26/21) has delighted music fans worldwide and serves as a preface to live dates in the latter half of 2021 and 2022. 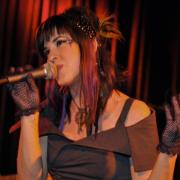 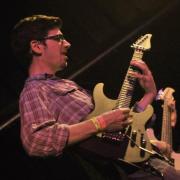 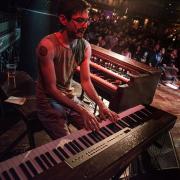 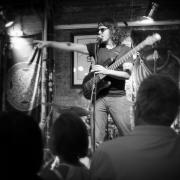 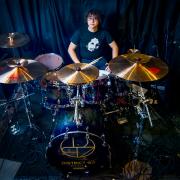